After skiing in July , it’s time for skiing in August. 🙃
I already had the opportunity to ski in August: in 2016 and 2017  on Hintertux. The first time there was a lot of snow and a great skiing after 18km of pistes, the second time I came across the heat wave “Lucifer” which turned skiing  into a fight for life on melting, antique ice. 🙄
This time I picked a new place for me – Passo Stelvio in Italy, or rather in South Tyrol, because as some locals say, “Südtirol ist nich Italien”.
Passo Stelvio, aka Stilfser Joch, is – a curiosity – a summer ski resort, open from May to November, and located between 2750m (the pass) and 3450m
In winter, the road to the pass, which I have already written, is closed.
Driving to and from the pass is an adventure istelf. 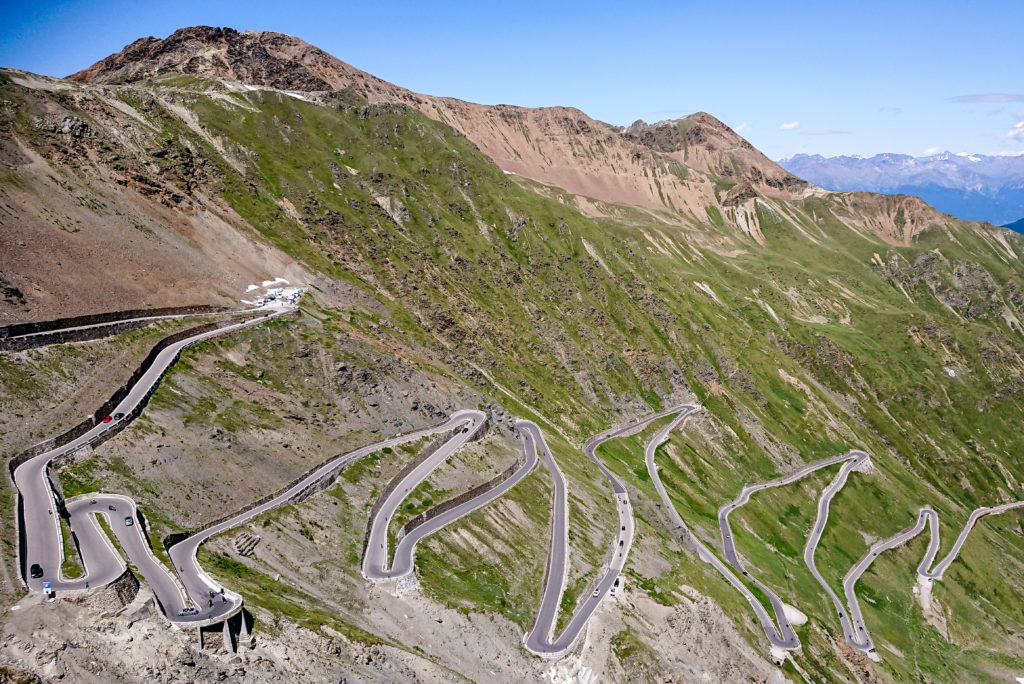 The road to Prad is about 24km long and has 48 numbered u-turns and an average inclination of 7.4%. It provides beautiful views, squeezing between walls, cars, campers, motorcyclists and cyclists, all with the companion of slaughtered engines and the smell of burned clutches and brakes.
Here it is, with a fender-bender in turn 18:

The resort itself advertises itself as “the largest summer ski resort” with 30km of pistes, but I guess they all are available only at the beginning of the season. In August, the slope from the Trincerone to the pass is already snow-free, and skiing from Livrio to Trincerone is possible, but the slope is formally closed. Practically, skiers use it at the end of the day to go to the Trincerone station. 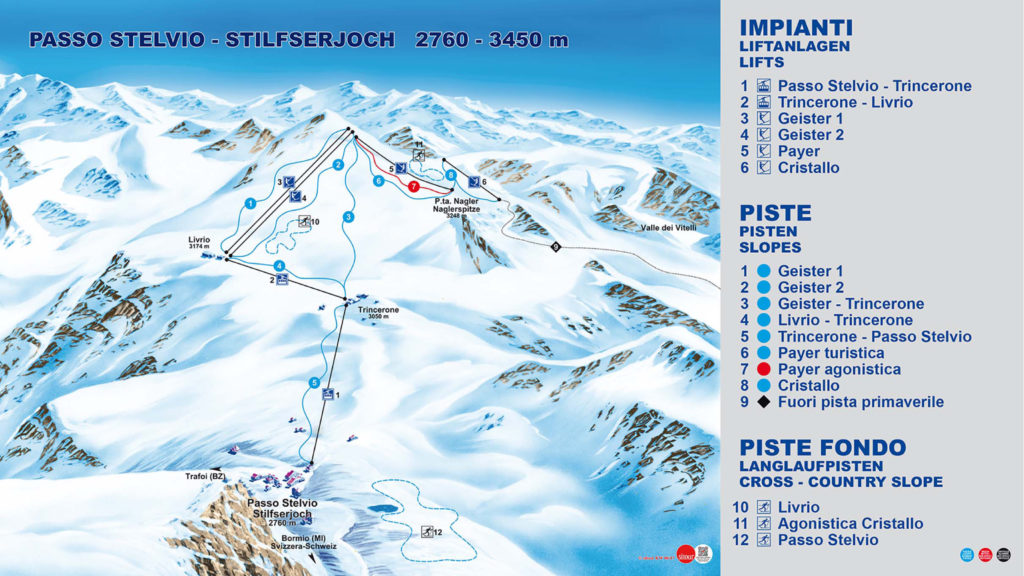 Considering slopes closed for training, the facilities open to public consist of 3 lifts and 4 slopes with a length of about 1km each.
Most are blue, but they are decent, wide slopes with a good inclination.
The place itself is very picturesque, and at the top station of the lift 6 (Cristallo) you can go several meters up, from where there is an amazing view of the valley on the other side of the mountain. 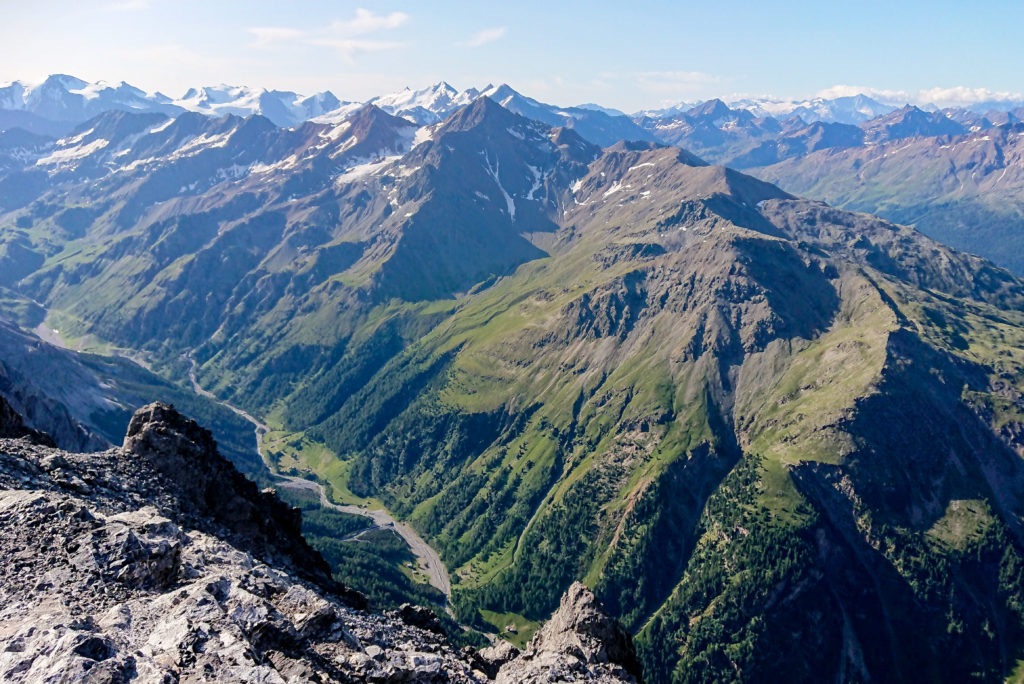 I found the conditions very good, with good snow cover, no ice and good weather. On the first day, after a clear night, the conditions were perfect: the snow was hard and fast, on  the second day it was softer, but still very decent as for summer. Thanks to a moderate inclination and width, you can enjoy a nice skiing, and you don’t get – like on Hintertux – moguls up to armpits 😉 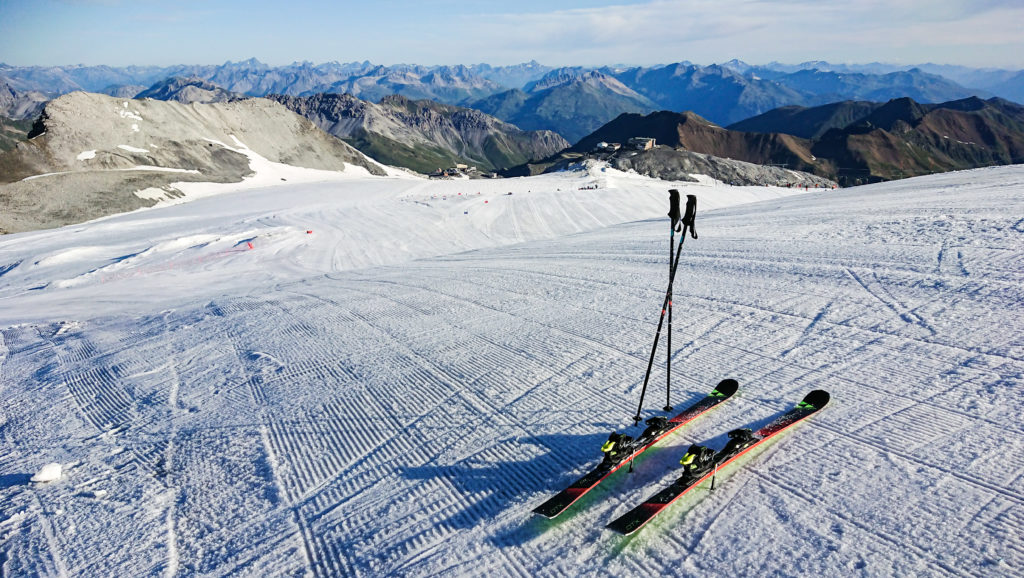 It is worth mentioning that in the 90-year history of the resort it was only closed once because of the lack of snow –  during the heat wave “Lucifer” I mentioned.
Ski lifts operate from 6.30 / 7.00 to 12.30, so after the trainings (around noon) there is not much time to use the other available slopes.
After returning down to the pass there is a lot of time for a walk around the pass and take advantage of a decent culinary offer. 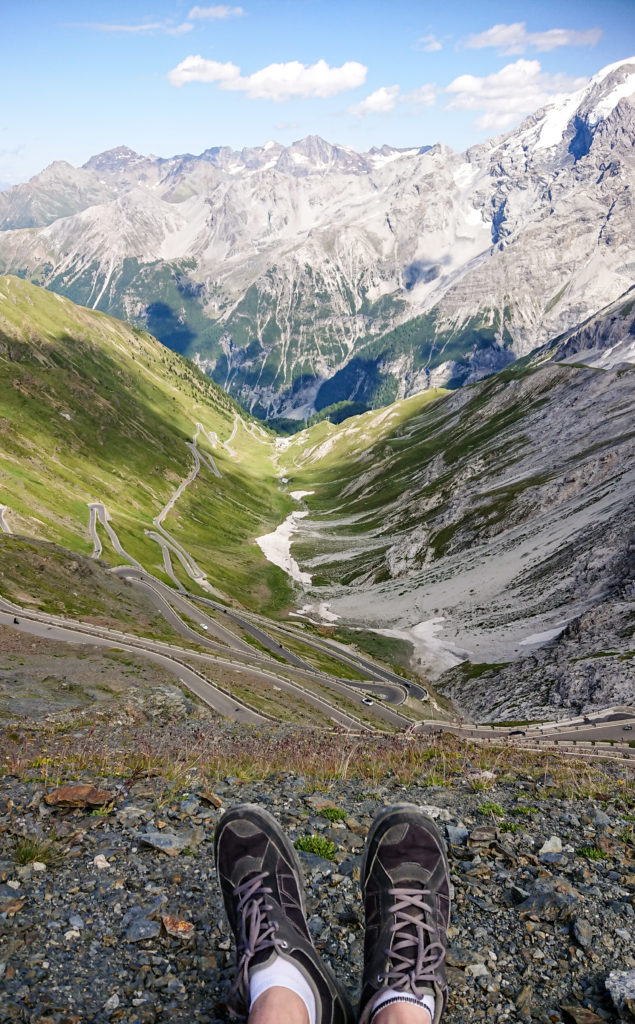 To sum up, this resort has a big LIKE from me 👍😊
www.passostelvio.eu