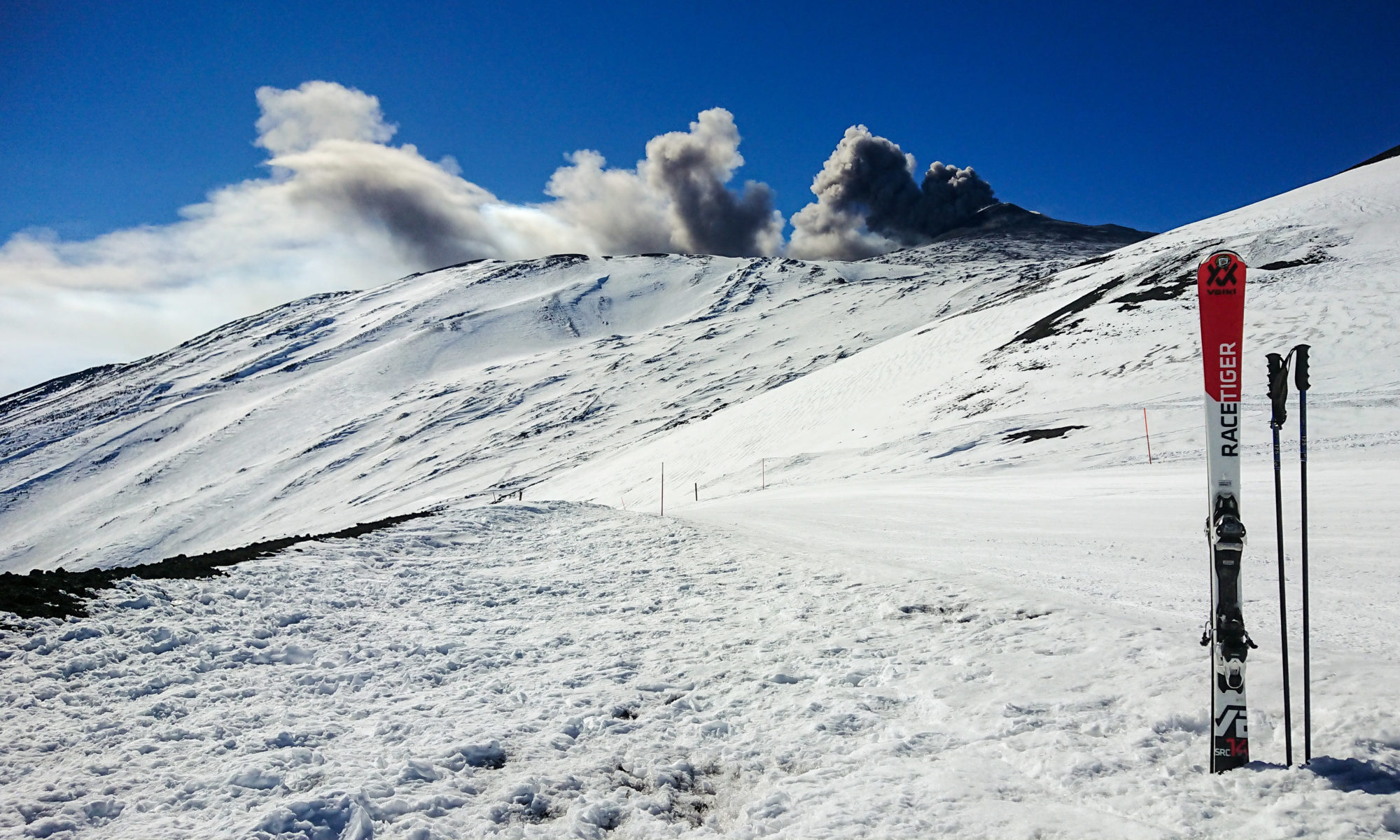 Ever since I learned that there are two ski resorts on the Etna volcano in Sicily, I got crazy about that and this year I decided to finally make my lines on the volcanic snow.

Booking flights and hotels in advance was a bit risky, because Etna is very unpredictable, as:
a) you are never sure about the snow conditions
b) the volcano may explode and cover the snow with ash and lava (like in 2012) 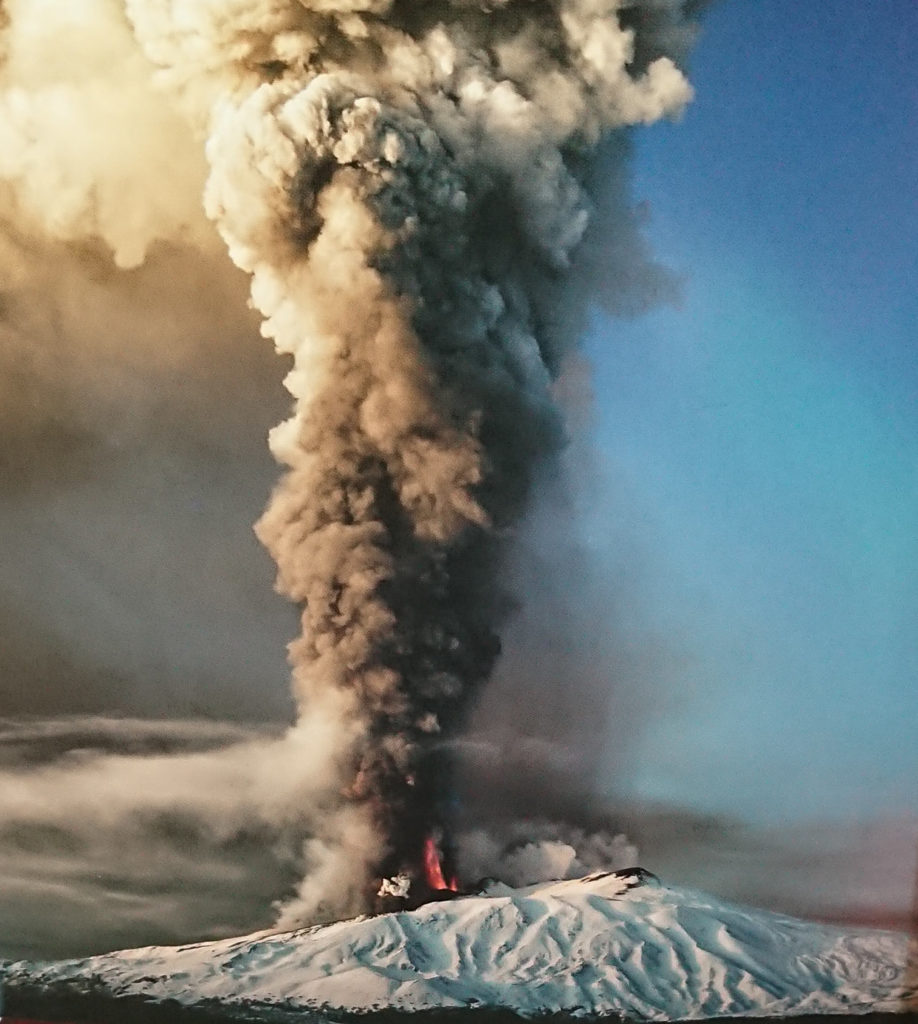 c) your flight may be cancelled
d) the weather can be awful and the views on the volcano can be the same as in Poland, with visibility of 15 meters.

Out of all those terrible scenarios, point b) was the most probable to happen, as at the beginning of February a large volcanic eruption covered the snow with ashes, closing both ski resorts. It snowed again soon after, but a week before my arrival the volcano began to throw ash again, which made it necessary to close the slopes on the south side of the mountain. 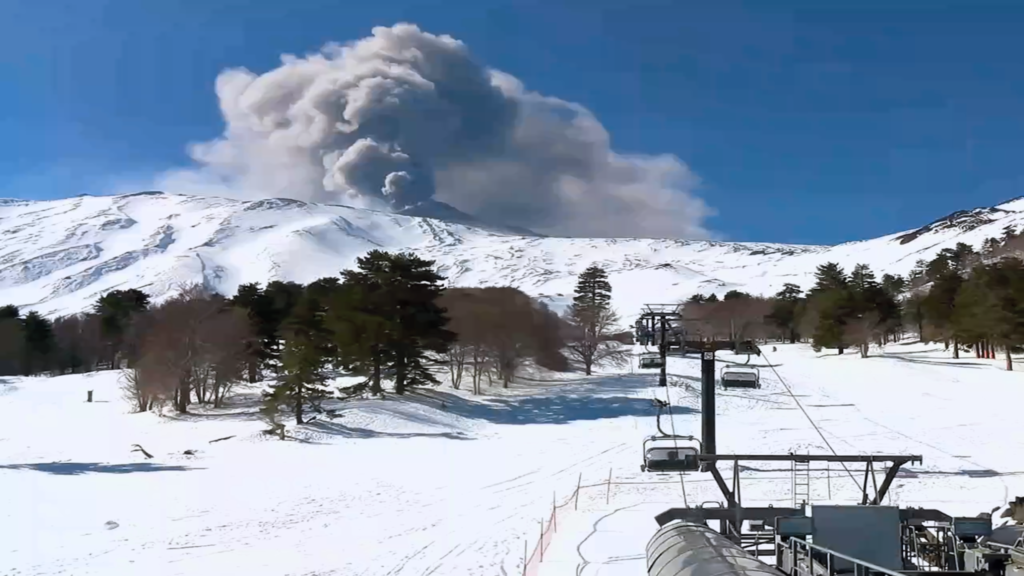 I flew to Palermo with a trembling heart

After picking up a rental car I headed east of the island. Mount Etna, emerging on the horizon, blowing up clouds of smoke, made an amazing impression on me.
The wind luckily did not change – the volcano was still throwing ash and steam, the resort on the south side (Etna Sud) remained closed, but Etna Nord was untouched.

On the next day I hit the slopes. The weather was absolutely fantastic. with temperatures of 18C in the valley and ca. 7C in the ski resort, which is basically approached from the sea level, firstly by narrow, crooked streets, and then by real, mountain serpentines through large sections of volcanic rocks.

The resort itself surprised me positively, because despite the small number of slopes (less than 10km in total) they were wide and had a very enjoyable profile.

The downside were slow POMA lifts, but it seems there is no point to set up anything more technically advanced and expensive, because once in a few years the lava erases the infrastructure.
The atmosphere in the resort was very idyllic – Sicily is not the Alps; there are no professional training sessions or athletes. There are many recreational skiers, taking it easy and not caring much about sophisticated skiing technique. There are also no lines to lifts, nor crowds on the slopes. 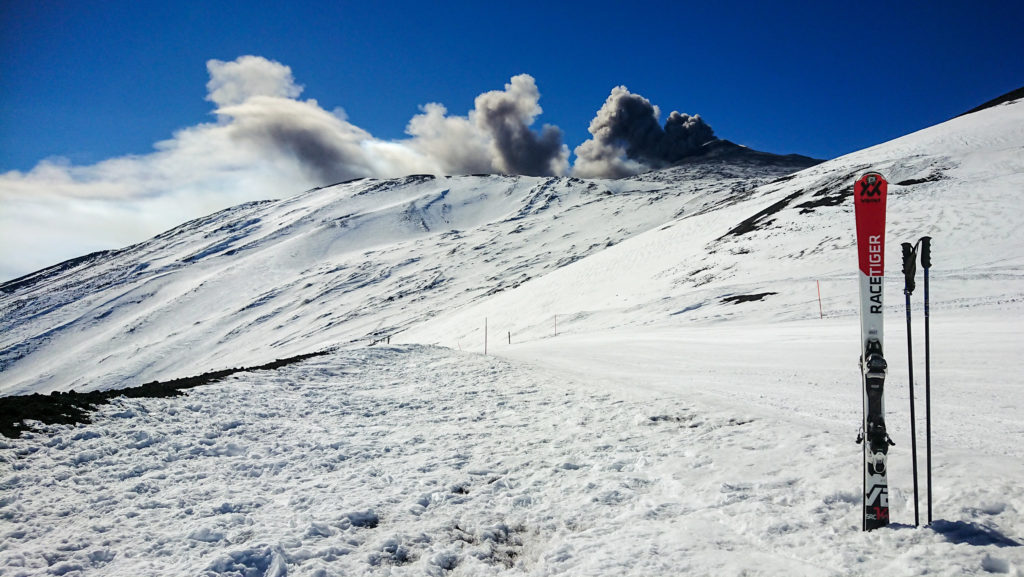 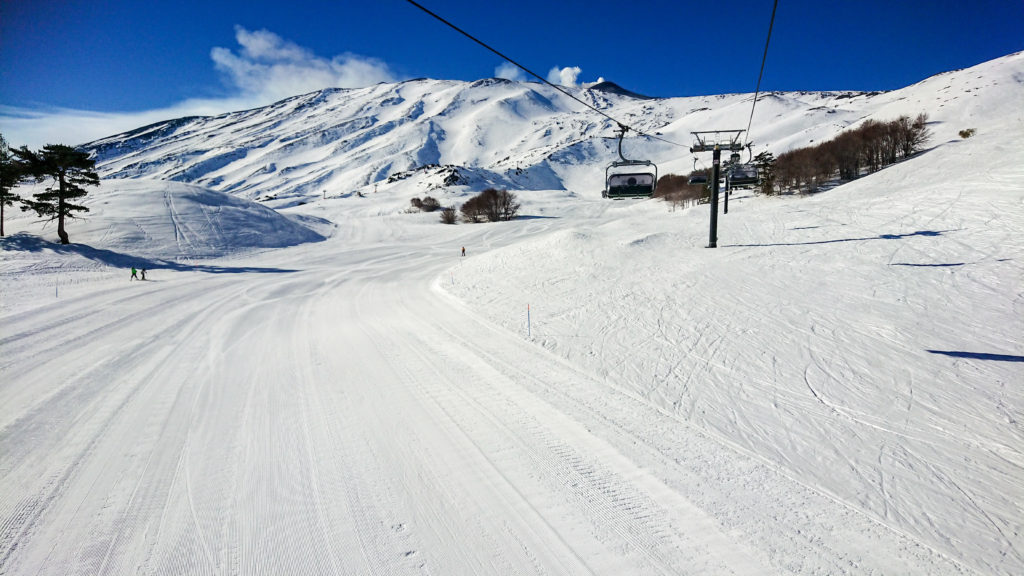 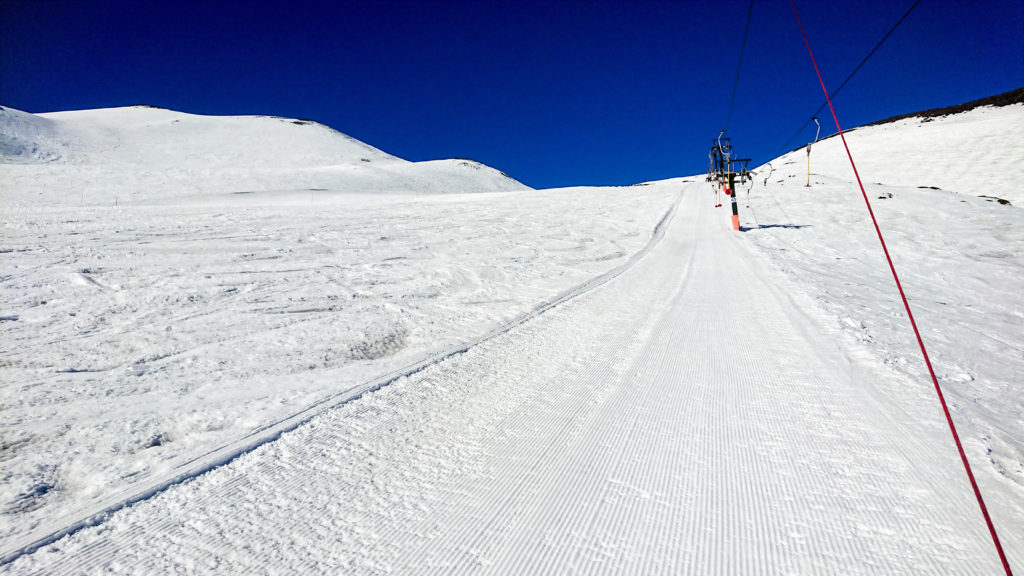 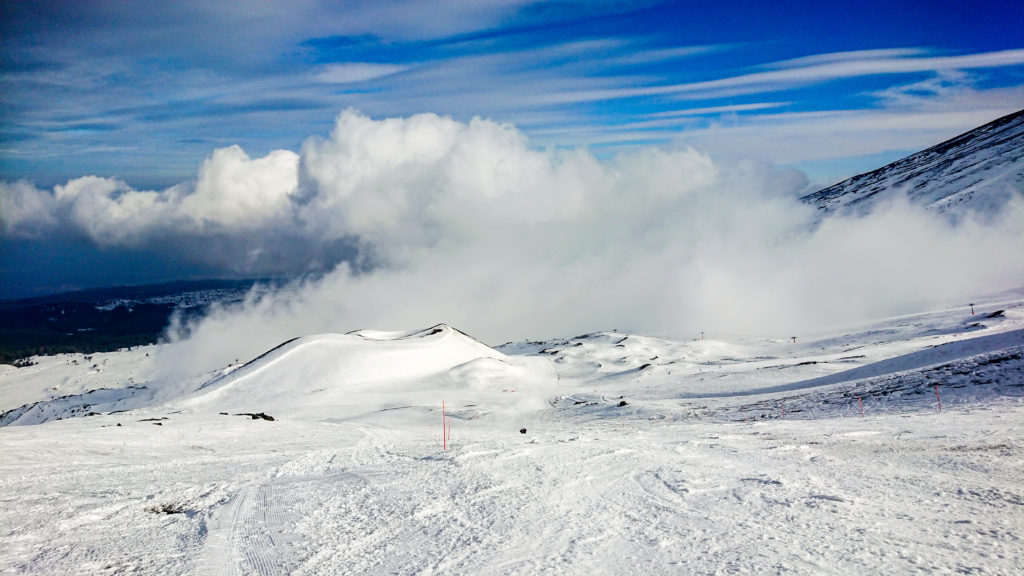 After satisfying day at the slopes, I drove down to wander around the town and the beach.

On the second day I experienced a real Sicilian winter. It was freezing, it started to snow and it turned out that I was extremely thoughtful by booking a car with snow chains. It turned out they were necessary to get to the resort, and having them is mandatory on Etna from mid-November to mid-April.
In the resort itself, it was about 10 degrees below zero and it was very windy – I did not experience such winter conditions this season neither in the Alps nor in the Czech Republic. Later on, however, it cleared up and skiing was very pleasant.

In the afternoon I went back to Palermo, from where I flew home the following morning.

An interesting fact: there is another Sicilian ski resort near Palermo – Piano Battaglia. It is smaller (about 6km of slopes) and located at lower altitude (1500-1900m); I considered visiting it, but finally decided to stay on Etna.
Although I have not managed to ski on the south side of the volcano, I am very satisfied indeed. I managed to ski the volcano in perfect weather, great skiing conditions and with a smoking volcano in the background. Jackpot!