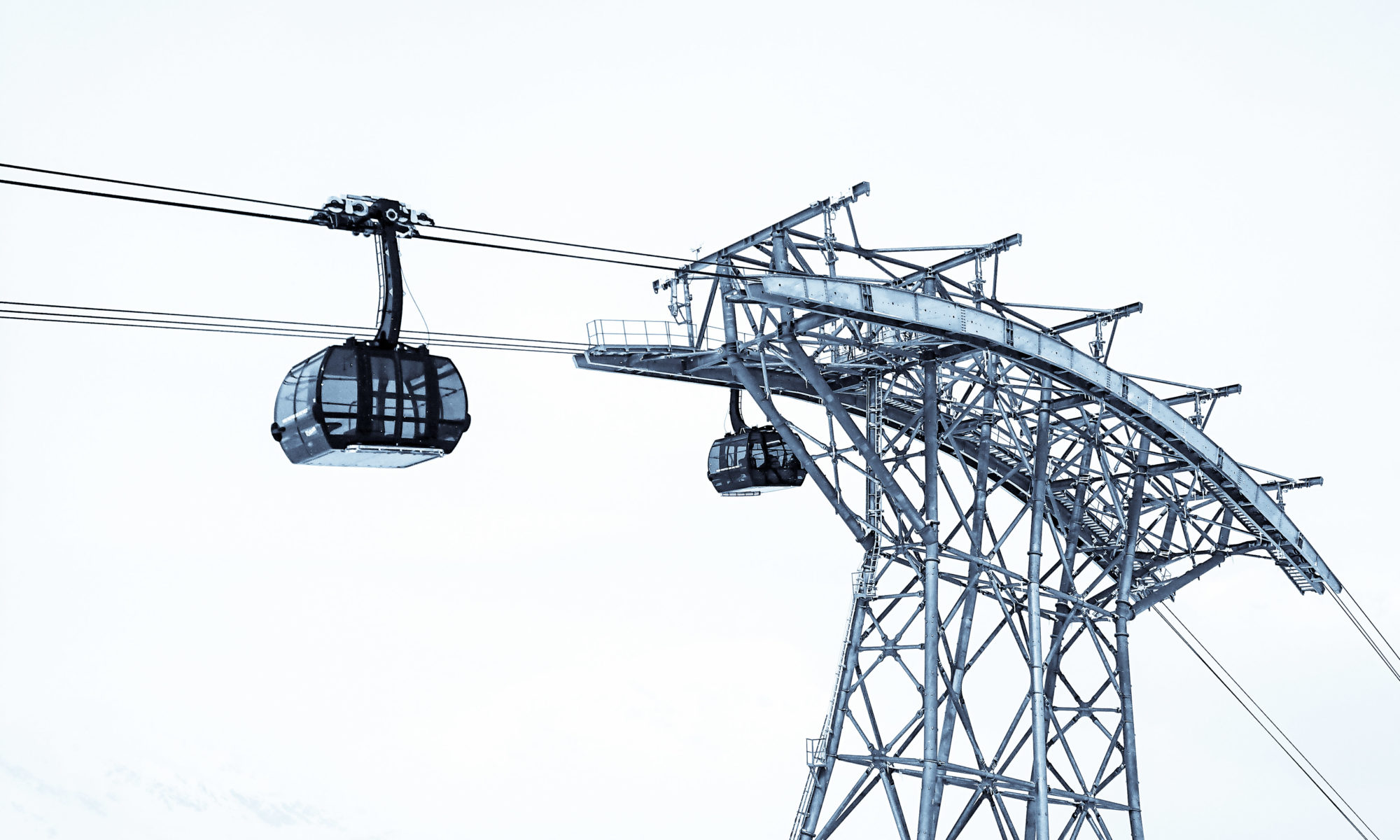 In Soelden you can see intense marketing connected with the scenes shot on Gaislachkogl  for the James Bond movie “Spectre”. I did not see that movie before, but now we had to watch it  🙂 There is actually not much of Soelden in the movie itself, but the marketing department guys are doing their best to take advantage on Daniel Craig’s visit.

By the way, it’s not the first time James Bond visited the mountains. In “Spectre” he did not ride on skis, but there is another episode with Roger Moore going down on skis, while being chased by paragliders with machine guns 🙂

As for the skiing I like the Gaislachkogl descent very much and I avoid going down to Giggijoch, where crowds of people are learning to ski. The funniest time  was when the bottom station suddenly disappeared in a very dense fog and I had to ride through blinded crowd or even resigned skiers descending the slope on foot 🙂

After 10 years I revisited Tiefenbach Gletscher – the ski tunnel leading to it does not arouse emotions like when it was the only route leading to the glacier, although it is still an interesting experience.

I also visited Hochgurgl-Obergurgl for the first time.  It was nice 🙂 At one of the stations you can visit the collection of old motorcycles, at another – an exhibition dedicated to glaciers. You can learn from it that 1m of a blue glacier is made of 10m of snow. Of course, as the glacier grows, and not melts down ;(

I was positively surprised by the lack of wild crowds in restaurants, and  they still serve a great pizza in Soelden – maybe it’s the influence of Italy being so close? 😉

When you’re in the Otztal valley, you can also visit Vent, located in a small valley just between Soelden and Hochgurgl. It’s a small, kinda hipster resort (https://www.vent.at/ski-area-vent). Merely 15km of slopes with one old 2-seater chairlift and one T-bar, but offers empty, wide slopes and unbelievable views. Skitourers, especially those from the town of Wroclaw, Poland (german name: Breslau), may be interested in a trip to Breslauer Hütte. (https://www.breslauerhuette.at/index.php/de/).

On the narrow road leading to the village avalanches often come down. In 2009 I got stuck there until the evening waiting for the road co be cleared. The village even played in the movie ” Die Jahrhundertlawine” (http://www.imdb.com/title/tt1206489/).

We need to mention “Ötzi” – poor dude who froze to death about 3300 years BC  and thawed in the 20th century. His mummy, perfectly preserved, caused a dispute between Italy and Austria (Ötzi maliciously frozen right in the borderline). However, it was thoroughly examined and it was established that Ötzi “did not lead a sedentary lifestyle, was nat overweight, did not suffer from hunger, and his diet was balanced”, meaning he could lead a very modern way of life. Based on genetic tests, it was also found that his potential relatives also live in Tyrol, so in my opinion Ötzi was most likely in the name of Fiegl, Falkner or Stöckl.

Last but not least – Oetztal hot springs Aqua Dome (https://www.aqua-dome.at/en/) where you can lie in the hot, salt water, while making an snowman on the edge of the pool and admiring the surrounding summits  emerging from the Tyrolean clouds.